“The Beatles: Get Back” Review 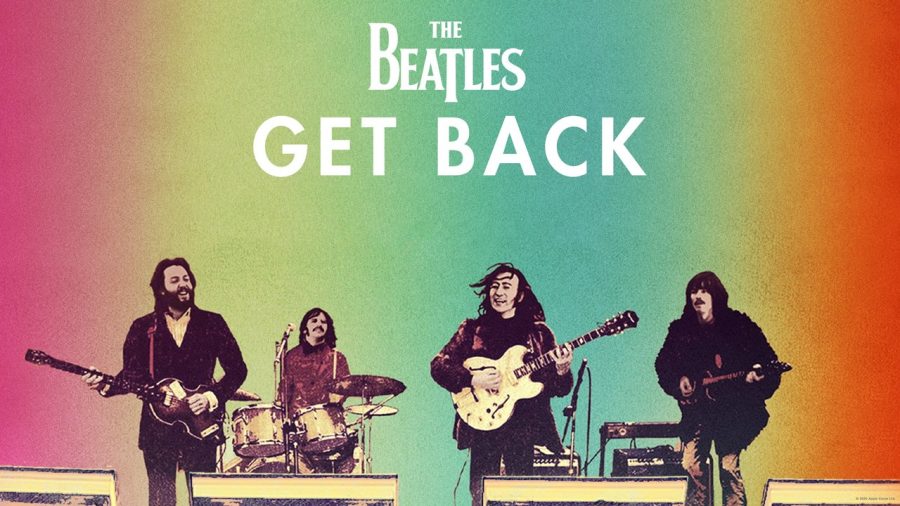 The fab-four return in Disney Plus’ new docu-series, “The Beatles: Get Back,” which premiered Nov. 25 exclusively on the platform. Directed by Peter Jackson, director of “The Lord of the Rings Trilogy,” he brings an accurate view of the Beatles in their final days amidst the vast speculation as to what had brought this great band to their end.

Presenting footage from the birth of the Quarrymen to the rise of the Beatles, with the slowly aging personas of John Lennon, Paul McCartney, George Harrison, and Ringo Starr. The documentary gives an in-depth look into the sessions, which would later fill out a majority of their next two albums, “Abbey Road” and “Let it Be,” with no filter as it embraces a world forgotten so long ago. With the commonness of smoking, drinking, and the subtle stream of swears, the documentary shows the Beatles not as the star-studded dolls they were on the stage, but as the individuals they were interacting to create with one another.

Jackson presented this revamped footage which was hidden away for 50 years in Apple Studios, in an accurate portrayal of the Beatles’ ending story. Beginning in Jan. 1969, as the Beatles had just recorded a live version of their hit single “Hey Jude” the prior month. It sparked a flame within them to play for an audience once more after spending a handful of years as only a studio band.

With that short wisped desire, they set out to record 14 new songs by the end of three weeks, as a film crew records their movements with hopes to generate more media out of it with ideas for a documentary, a tv show, and a live performance. Yet most of those ideas being weeded out with this true to self documentary being released 50 years later, and creation of their last two albums with an iconic rooftop appearance, which was forcibly shut down, shows the payoffs may be somewhat up for discussion.

The documentary keeps you like a fly on the wall listening to what could be the greatest band in music history. Watching the intertwining relationships between band members as they establish a tension already, with joking acknowledgments of how the end is foreseeable. While at the same time, they laugh and sing silly songs, with their creative tempos converging and playing off one another.

It’s a calming mixture of both the intensity and ferocity in the music business, which dwindled their relationships over time and the display of the friendship behind that and only emerged when the music would play. With impromptu jams creating hits like” Get Back” and “The Long and Winding Road,” plus Harrison’s delivery of “I Me Mine” gave viewers a moment to sit in wonder in their raw takes of classics that are known word for word.

Jackson’s commitment to presenting a truthful and accurate tale of the greatest band in history holds no objections. Only revelations at the marvels he has given many fans who started listening to the Beatles as children and now have the opportunity to see and watch them with their children.