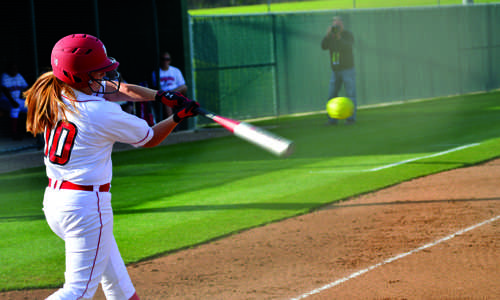 The Bakersfield Softball team beat Santa Monica College 14-4 on March 26, putting up 14 hits, including a homerun by CJ Sagasta and a grand slam by Kassidi Ward in the fourth inning. Following this, BC lost both games of a doubleheader against Citrus College 8-0 and 9-0, bringing their season record to 3-22.

Head coach Sandi Taylor notes that some of this season’s difficulties have to do with the relatively young team she has. “Experience can’t be replaced by anything other than experience. The key is that you’re learning from these games and trying to apply how to change them,” said Taylor.

Taylor says it’s easy to cover up mistakes when you win a game, but that the problems are clearer and easier to see when you lose. “It’s like rubbing that scab off every time an inning starts, and you get pretty tired of that happening,” Taylor said.

She notes that she has athletic players, but that athleticism isn’t enough to have a great season if there are multiple problems that continue to stack. Injuries and illnesses have hurt the team, coupled with their inexperience at the college level and tough league action. Right now the team stands with 13 players, with the possibility of losing another before the season is through.

Regardless of the team’s current record, Taylor believes her team can grab some wins before the season is through.