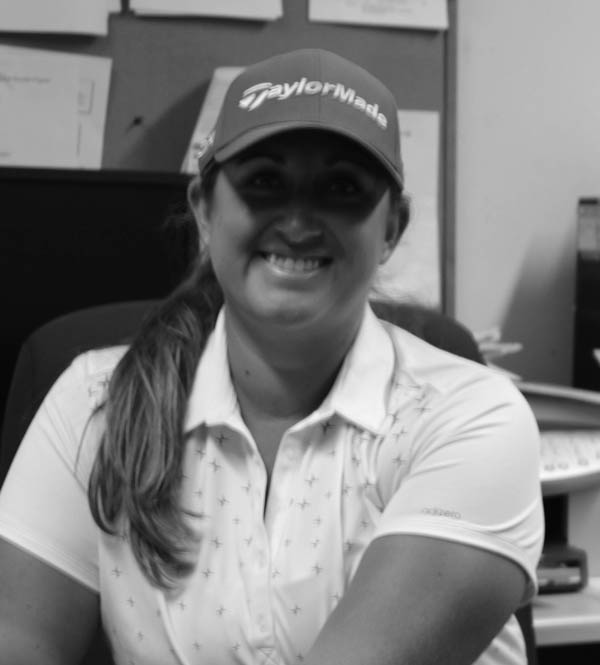 A trailblazer of the game, Brittney Goehring will be leading the charge this upcoming season for the Renegades.

“I enjoy the game and being able to teach it to others,” says Goehring.

“Although I’ve always been unsure about coaching, I like inspiring others through golf,” she also adds.

As a student and even a professional of the game, Goehring shined.

“I began playing the game at the age 4, but didn’t take it seriously until my senior year of high school (Centennial) where I was part of their first women’s golf team,” mentions Goehring.

Serious would be an understatement, however. Goehring attended Bakersfield College and was once again part of a new women’s golf team. There was nothing new about her performance, nevertheless. Goehring was selected to back-to-back MVP nominations from 2001-2003.

Moving forward, she transferred to California Polytechnic (San Luis Obispo) where she redshirted for the Mustangs before transferring yet again to CSU San Marcos. Battling injuries, Goehring had a minor setback that led to a major comeback.

She came back to Bakersfield after her first year at San Marcos to get back to full-form. During her time here, Goehring participated in the Kern Am (Kern County Amateur Golf Championships), winning the tournament in sudden death.

Primed to compete, Goehring returned to San Marcos for her senior season. Goehring led the Cougars’ women’s golf to Nationals, where they placed fourth.

With her collegiate career at an end, Goehring looked for options that surrounded golf.

“After college, I wanted to play professional golf. I was one-of-three girls who took it serious,” she reflects.

Goehring made it happen, playing in several tours, both minor and major. Eventually, she even began giving her own lessons and becoming an instructor herself in San Diego.

Finally bringing her knowledge and professionalism of the game home to Bakersfield, Goehring took a job at East Bakersfield HS overseeing both the men and women’s golf team, while continuing to inspire young children and even adults through the game locally.

Now here to answer the call for BC’s women’s golf team, Goehring and her young squad opened up the 2014-15 season on the rocky side. Finishing last in the two-day Desert Classic Invitational Tournament, Goehring knows it’s a long process with a lot of time to improve moving forward.

“It was a needed experience. Most of our girls had a chance to experience their first tournament. However, we spent the following week practicing 5-6 hours a day to make the transition to motivate each other and mentally be prepared for what is to come,” says Goehring.

Iowa Western sophomore transfer and Albuquerque native, Lindsey Maribal, who is fighting some slight injuries, will play a key role to help the rest of her team bounce back.

Next the Renegades take on Santa Barbara College on September 15th.