BC soccer’s defense is struggling 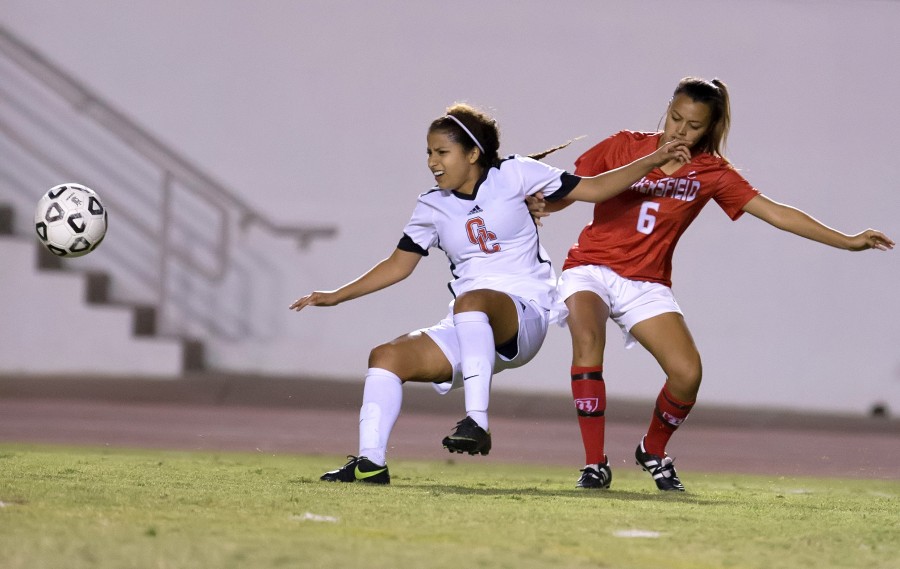 The Bakersfield College women’s soccer team woes continued as they struggled in their last three games as they lost in two and tied in one. The Renegades played Fresno City College on Sept. 25 ultimately falling short as they lost by a score of 4-1.

The Renegades allowed two goals in the first half within the first 17 minutes of the match. The only score of the game for the Renegades came in the second-half, as Sabrina Spink added another goal to her resume to continue to climb to the top of the charts as one of the top scorers in the state.

But Fresno responded quickly and scored two additional goals within the next seven minutes putting the game away and winning with a final score of 4-1.

The Renegades played L.A. Valley on Sept. 29 hoping to bounce back quickly from their previous loss, as the opened up conference play.

The Renegades allowed a quick goal in the 12th minute of the match, as Christina Mejia flew by defenders putting L.A. Valley on top 1-0.

The Renegades held on strong, but they only had four shots on goal versus the eight on goal L.A. Valley had. Liz Saavedra scored in the 42nd minute, putting L.A. Valley up 2-0. Ultimately, it was all L.A. Valley needed as the Renegades offense continued to struggle.

The Renegades hosted their first conference match of the year on Oct. 2 against Glendale, hoping to have a strong outing with the home crowd behind them and fighting to stay at the top of the conference. It was an even match as both teams kept grinding it out and pushing the ball up and down the field. Each team had only two shots on goal proving that defense was going to be the key to this victory.

The Renegades defense allowed the first goal, but it was not until the second-half in the 65th minute of the match. The Renegades were able to score in the closing minutes to tie the game and keep their hopes of remaining at the top of the conference alive. With the tie, the Renegades fell to a record of 2-4-2.

After the game, head coach Scott Dameron said the key for the upcoming games is to stay competitive. “We just need to score more on our chances, that’s the main thing,” he said.

The Renegades will host their next conference game on Oct. 6 against West L.A. College (1-4-3).