BC softball struggling to find ways to win 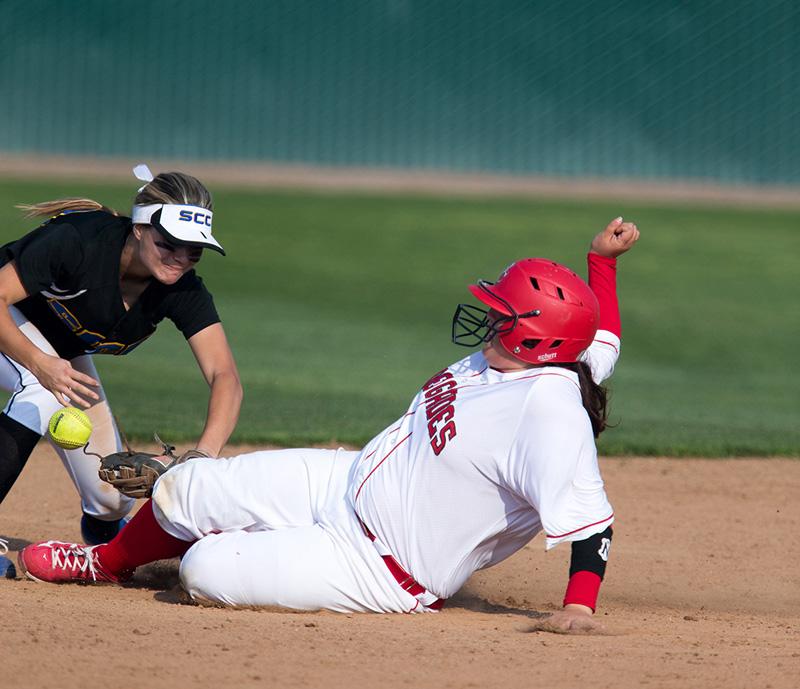 BC played Santiago Canyon on Feb. 13 in a doubleheader, losing 14-3 in the first game and 9-0 in the second game.

On Feb. 12, the Renegades first faced Cuesta and lost 3-1 and later faced Sacramento City   and lost 10-0. BC went against College of the Sequoias on Feb. 9 and lost 8-0.

In the San Bernardino game, Trinidad Lee, Alexis Rodriquez and Karlee Goolsby led the team in hits. Lee’s three RBIs and Goolsby’s two RBIs made up five of the teams runs.

In the Ventura game, Madalyn Arambula and Rodriquez led the team in hits followed by Lee and Jordan Tomisaka.

Each player that led the team in hits also contributed two RBIs.

Coach Christie Hill had this to say about the wins.

“It was a team effort. We had multiple people with hits and scoring runs. We made adjustments when we went to the plate from the beginning of the game and did not wait till later in the game.”

Hill also had this to say about the offensive leaders.

“Trini and Maddie are our RBI leaders right now. Karlee and Jordan both have come through also with some timely hitting to rack up a few RBIs as well.”

Hill is hoping for the team to settle down on defense and focus on fundamentals if the team is to do well in conference.

BC is nine games into a 40 game season, so Hill says it is still too early to know how they will do in conference.

“We need to cut down on the errors. There have been a couple games so far that might of had a different outcome had we not had the errors. I know we will never be perfect all the time, but if we limit the errors, we have a better shot of winning.”