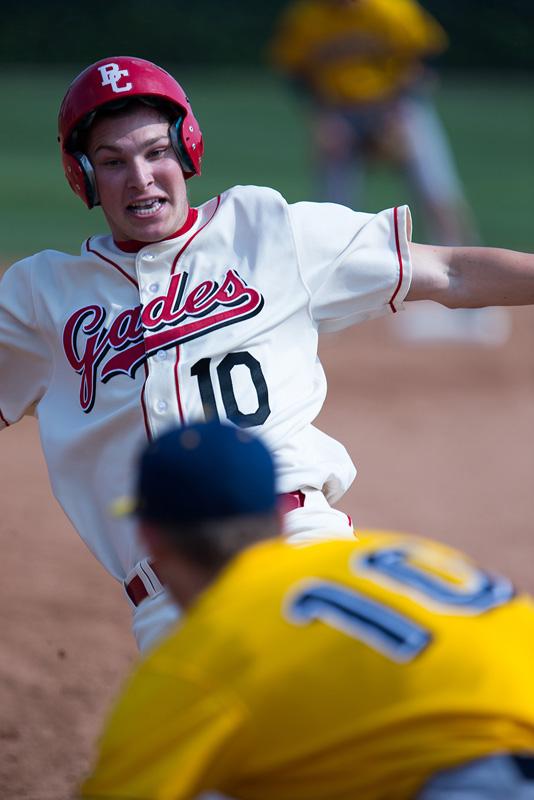 The Renegades (5-3) beat Moorpark College twice and avenged their only loss when they beat Allan Hancock College.

The Renegades then lost to Fullerton College on Feb. 12 by a final score of 3-2.  Freshman pitcher Hudson Hartley pitched eight innings while giving up three runs, but only two were earned.

“I thought Hudson competed extremely well, and I thought that he commanded three pitches.  Hartley and Fullerton’s pitcher [Randall Ortiz] matched each other pitch for pitch throughout the game, and I thought it was a well played game,” said head coach Tim Painton.

BC was able to get eight hits but only scored two runs.

“The opposing pitcher has a lot to do with what happens with our offense and I thought that he did an outstanding job,” said Painton.  “He commanded both sides of the plate with his fastball.  We hit a lot of balls hard right at people and I feel like it was a well played game on both sides.  You can play well and lose, and that’s exactly what happened tonight with us, they were one run better.”

BC led 2-1 through five innings before Fullerton scored four runs in the top of the sixth inning.  Fullerton went on to add two more runs in the seventh.

“This ball game came down to one inning.  They put six straight hits together in one inning, and that’s not easy to do,” said Painton.  “We just didn’t produce enough runs offensively, and the one inning got away from us on the mound today.”

BC pitcher Luke Andrews had only given up one run on three hits through five innings before allowing four runs on six hits in the sixth inning.

Painton made some adjustments to the batting order, but the Renegades only scored two runs for the second straight game.

“They produced the exact same outcome; we got two runs.  We were just looking for a way to maximize some offense.  We shuffled some guys around which isn’t new for us.  It was just a feel for us where we may be in a situation where we could be a little more productive today with those guys moved around in the lineup a little bit, but obviously it didn’t work out,” said Painton.

This was BC’s last home game for almost a month.  The Renegades next home game isn’t until March 10 against L.A. Mission College.  Painton believes that being away from home will help prepare them for conference play.

“Road games are important because they prepare us to go into a season where our travel is not easy in this conference.  Everything we do is trying to prepare us for a conference schedule and being able to handle the grind of it.  We’ll see where we’re at, but I like our club,” said Painton.