A year in review: Women’s basketball 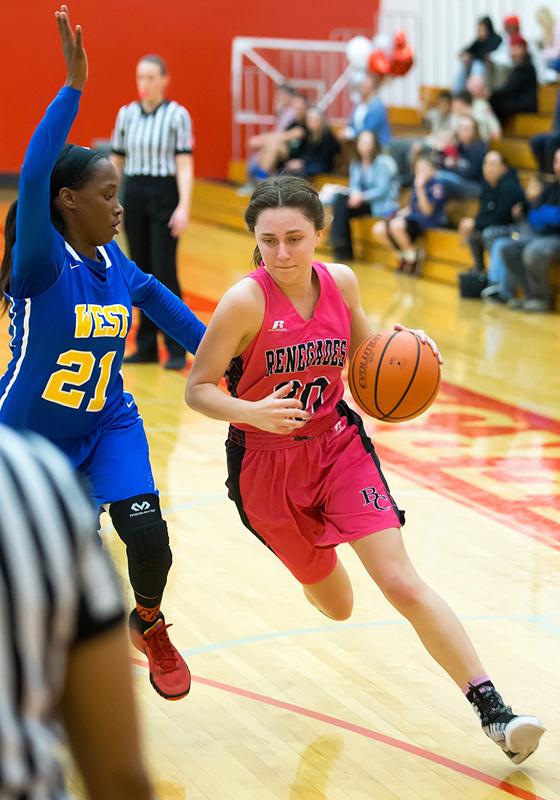 Just one year following a Western State Conference-South Division championship and a trip to the postseason, the 2015-16 Bakersfield College women’s basketball team was forced to watch the men’s team cut the nets down instead as the Renegades concluded the season with a 6-18 overall record.

Five of those six wins, however, came during conference play, and with a team that featured nine freshmen on the roster, a long road awaits – but a rather promising one.

“You win some, you lose some, but I think we’ve really grown and we have a lot of people coming back next year,” freshman MacKenzie Tevelde said.

Growth was the key focus this season for head coach Paula Dahl, and it showed despite the record and the growing pains that came along the way over the course of the year.

Starting the preseason 1-9 could easily begin to show a significant sign of players checking out, not to mention a 0-3 start to conference play putting them at 1-12, but the defending conference champions avenged it with a three-game winning streak with wins over Glendale, Antelope Valley and West L.A. between Jan. 16-23.

Dahl mentioned early on in conference, opponents’ game plans were to “drill Kennedy [Nielson],” who was averaging nearly 20 points per game, but eventually the offense began to open up more for other players.

“We have come together as a team and that has made me very, very, very happy,” Dahl said.

With that coming together, it took one of three sophomores on the team, McKaiela Tyler, to set the tone.

Tyler started in all 24 games this season and even with a bad ankle, which will require surgery in the offseason, persevered through it all.

“McKaiela Tyler has brought such an amazing leadership role to our team and that has been huge for us,” Dahl stated.

For Tyler, who averaged 13 points, 6.0 rebounds, and 3.4 assists per game on her way to a First Team All-WSC South selection, this was an eye-opening season for her after being part of a 23-5 ballclub last season.

“This season, I’ve learned way more than I did last season just because there were so many different obstacles and more ups and downs,” Tyler said. “This year was a challenge, but in a good way because it’s made me, and I feel like the entire team, better players.”

Year in and year out, the changes within junior college athletic programs can be drastic, but the women’s basketball program will have a hefty load of returning players to level the playing field.