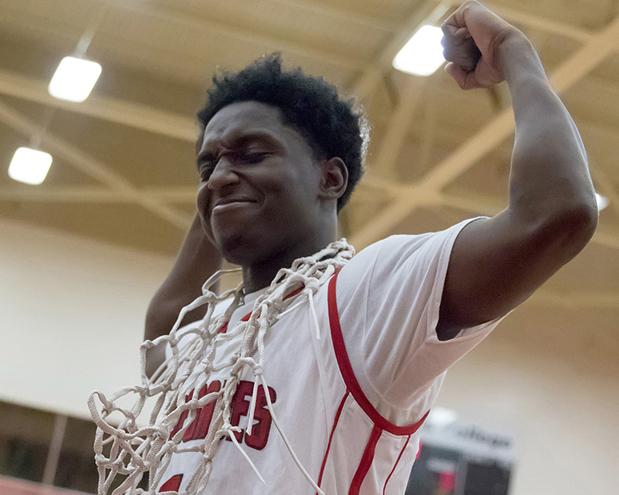 It hasn’t been this sweet for the Bakersfield College men’s basketball program since the 2007-08 season, when the Renegades managed to reach the Final Four of the state playoffs as a No. 12 seed – but it’s the Sweet Sixteen in 2016 – so let’s savor the moment.

Ninth-ranked BC (24-5) faces the state’s top-ranked and the region’s top-seeded team, Saddleback (28-1), Wednesday night, March 2, at 7 p.m. (live updates on Twitter “@bc_rip” and full recap following the game on therip.com).

Saddleback is coming in with a 22-game winning streak dating back to Nov. 29 and a 79-54 win in the second round of the California Community College Athletic Association’s Southern California regional playoffs over MiraCosta on Feb. 27.

BC, meanwhile, advanced past No. 8 Moorpark College in the second round of the playoffs with a decisive 96-78 victory on Feb. 26.

This was the first meeting between the two schools since the arrival of BC head basketball coach and Western State Conference-South Coach of the Year Rich Hughes in 2005.

Both teams came into the postseason after clinching their first conference championship bids in a decade, as BC (12-2 WSC-South) captured an outright title (first since 1998; co-champs in 2006-07), while Moorpark (20-9, 9-3 WSC-North) ended a wild WSC-North race en route to a share of its first conference title in 10 years.

On earning the No. 9 seed, Hughes said, “It’s a new criteria; there are some flaws to it.

“I definitely think we’re higher than that. I definitely don’t think we’re a top-four team, and even five is somewhat a little bit debatable, but I thought we were 6 to 8 and a home team.”

A home game would have meant a chance for BC to put its undefeated 10-0 home record this season on the line, but the show will continue to remain on the road as its latest stop is at Saddleback.

Familiar foe to BC, Antelope Valley College (24-6, 7-5 WSC-South), earned the No. 7 seed despite the Renegades finishing conference three games ahead for a first place finish and holding higher state rankings throughout the second half of the season.

Hughes mentioned that he and associate head coach Aaron Chávez felt “offended and upset” about receiving the No. 9 slot, and he hoped that his players would feel slighted as well.

That was the combativeness BC needed as they jumped out to an early double-digit lead before Moorpark managed to bring it down to six heading into the half, 39-33.

It was all Renegades in the second half as they outscored the Raiders 57-45.

“We were ready,” Hughes said. “We’re frustrated that we had to go on the road… we don’t think we should have, so we were ready to go.”

The Raiders’ roster had 10 of their 13 players listed as guards, with their tallest player being 6-foot-7, so Moorpark saw difficulties dealing with back-to-WSC-South Player of the Year Deandre Dickson.

All five BC starters finished in double figures, led by Dickson’s 25 points (9-for-9 free-throws) and 12 rebounds. Nick Velasquez also tallied a double-double as he finished with 17 points and 10 rebounds, while Jameik Riviere flirted with a triple-double (15 points, eight rebounds and eight assists).

Moorpark’s duo of Larry Bush and Jeremiah Gray combined for 55 of the team’s 78 points as Bush finished with 28 points, nine rebounds and five assists.

Gray chipped in 27 points and seven rebounds despite Moorpark having five players averaging double-figure scoring throughout the season.

As the win or go home road continues for BC, the Gauchos of Saddleback aren’t as balanced as Moorpark having just two players averaging more than 10 points per game, but they offer a ton more size, which will stiffen things up on both ends for the Renegades.

“I know our guys will be ready… if they’re not ready, I’ll be shocked,” Hughes said.