BC falls to top-seeded Saddleback in overtime 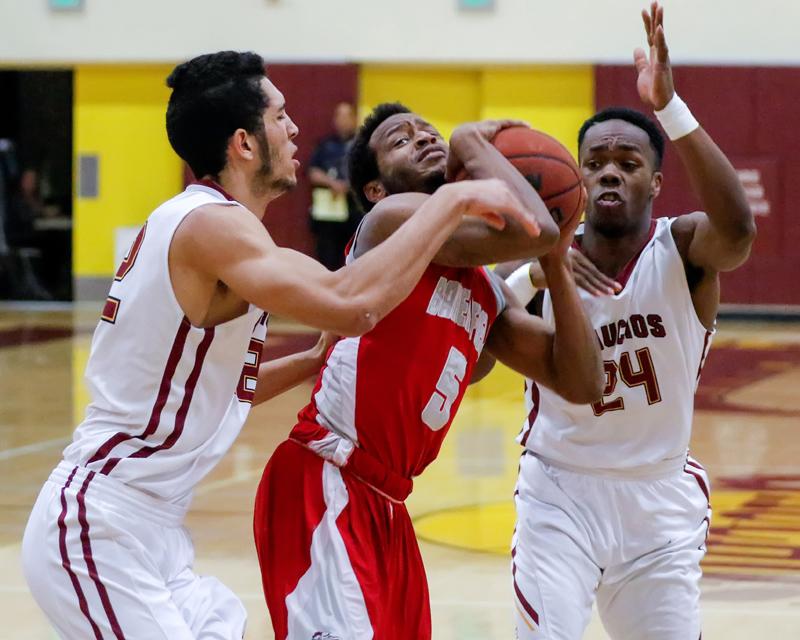 The Bakersfield Renegades (24-5) fell to the Saddleback Gauchos (28-1) on the road Wednesday night in overtime in Round Three of the CCCAA Southern California regional playoffs, 64-56.
Both teams struggled from the floor in the first half as BC shot just 25% from the floor (6-for-24) and Saddleback shot just 35.7% (10-for-28).
Down 26-16 heading into the break, BC used a 9-0 run to open up the second half to cut it down to one, and there on after, both teams continued to trade baskets for the remainder of regulation.
With 18.9 seconds left nodded up at 50 apiece, BC’s Jameik Riviere’s shot attempt to seal the upset win couldn’t go down after bouncing off the front-end of the iron before finally falling off.
As head coach Rich Hughes mentioned after the game, “Them playing at home in that overtime was the difference… they made plays and we didn’t.”
The Renegades were outscored 14-6 in the overtime period as Deandre Dickson fouled out with just under three minutes left in the extra frame.
Lawrence Moore had a game-high 16 points, eight rebounds and four assists for BC, while Deandre Dickson recorded a double-double with 14 points and 17 rebounds prior to fouling out. Overall, BC shot 35 percent as a team and 7-for-19 from the free-throw line.
“If we hit our free throws tonight, I think we win the game. That was the difference,” Hughes said.
Saddleback was led by Breaon Brady’s 14 points (7-for-8 FG) and nine rebounds. The Gauchos shot 40 percent from the floor and made 10-of-17 free throws.
The Renegades’ season is over and Hughes couldn’t be more proud of the effort his players gave against the top team in the state.
“We were one shot away from winning it,” Hughes said. “It’s going to be sad to see the sophomores go, especially this way… I feel for them.”