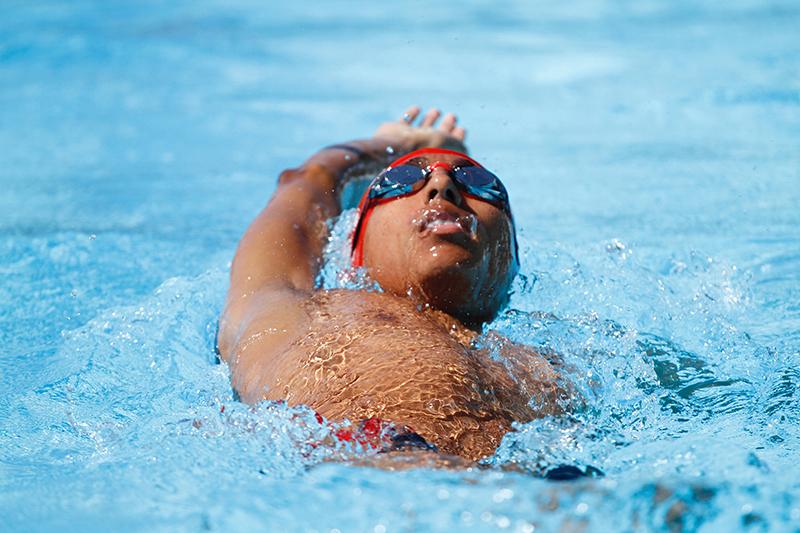 Bakersfield College’s swim team has been doing well, according to coach Matt Moon, and the swimmers have been preparing themselves for the conference meet.

The weekend before spring break, the swim team traveled to Ventura for the Western State Conference invite #2, and then traveled to Cuesta for the WSC invite #3.

The swim team has been traveling all season and finally got to swim at home on April 2 in a dual meet against College of Sequoias just after their meet at Cuesta on April 1.

With some technical bumps at the beginning of the home meet, Moon said that overall, the meet went well with the men’s team winning and the women’s just falling short against COS.

Starting off the meet with a relay win for the men’s side. The men were off to a good start ahead of COS.

After the home meet, the team held its annual fundraiser dinner and silent auction at Coconut Joe’s restaurant. Moon said that it went well, had a good turnout, and raised a good amount of money for the team and program.

Moon said in the next couple of weeks they are going to begin the next phase in the tapering process leading into conference.

The Renegades will compete in the Western State Conference Championships April 21-23 at Cuesta College, located in an Luis Obispo.

“They are all swimming very well and looking strong, so I’m excited for the meet,” said Moon.