25 years of concessions for Ray Maranda 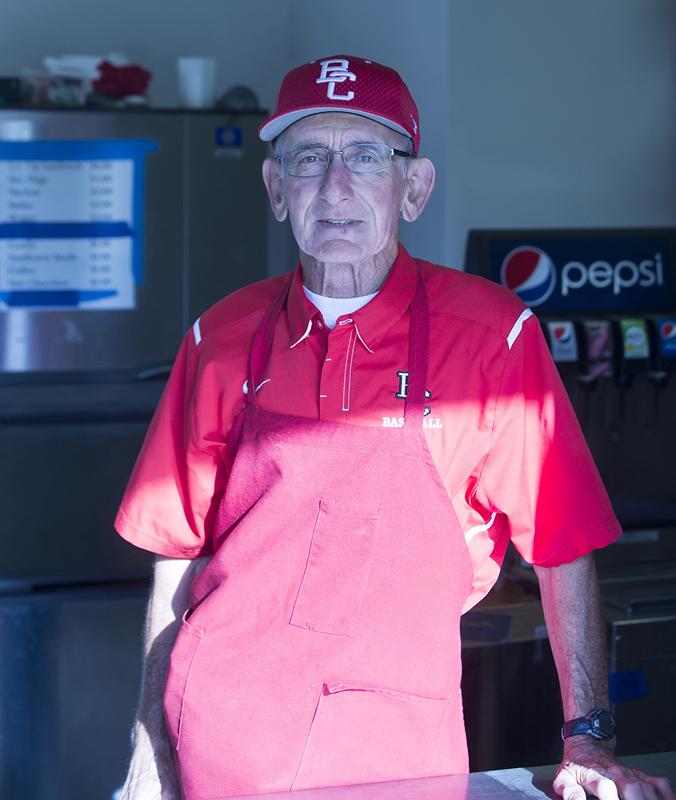 For the past 25 years, Ray Maranda has been running the concession stand at Gerry Collis Field. “I enjoy it, and I enjoy being around the ballplayers. Meeting people here has just been an amazing experience,” said Maranda.

Before Maranda started volunteering at the concession stand, he was an equipment manager and trainer for 25 years.

He retired 16 years ago and has kept busy by running the concession stand at the baseball games.

Maranda attended Bakersfield College in 1957 and then went into the military. When Maranda left for the military, he said that he would love to come back and work at BC.

Maranda then came to BC in 1976 and worked as the equipment manager and as a trainer until he retired in 2000. Maranda did say that he currently works about four hours a day at BC.

“Someone had to make some money for the baseball team, so I volunteered to help out,” said Maranda.

Maranda couldn’t recall anything peculiar happening at a baseball game, but he went on to say that it’s been a lot of fun and quite interesting.

Although he’s only volunteering, Maranda still puts in a tremendous amount of work at the concession stand.

“If there’s a game at three o’clock, I’m usually up here at ten o’clock and I don’t leave until six or seven o’clock. When there’s a tournament, it’s usually a 12-hour day. I have to get here early to make sure I get everything prepared,” said Maranda.

Maranda runs the concession stand on his own, and he normally doesn’t get help from anyone else.

Maranda said that he used to drive the bus for the baseball team years ago, and it’s one of his favorite memories.

Maranda orders all of the supplies for the concession stand through the cafeteria and whenever there’s a tournament, he’ll make tri-tip sandwiches. Maranda is known for his tri-tip sandwiches, which he takes great pride in.

“From what I’ve been told, I make the best tri-tip sandwiches,” he said. “The old saying is that when the scouts come in they don’t ask the coach who the starting pitcher is, they just want to know if Ray is cooking tri-tip.”

Maranda said that he remembers watching Colby Lewis and Octavio Martinez play at BC and both have gone on to the major leagues.

Lewis is currently the starting pitcher for the Texas Rangers, while Martinez is a bullpen catcher for the Washington Nationals.

Maranda doesn’t have the liberty to watch every inning of every baseball game since he does have to make sure the concession stand is running properly.

Despite there being several players that he has watched play at BC throughout the years, Lewis and Martinez have been two guys that stood out to him the most.

“There are several players that have played here that come back and stop by to say hello,” he said.

Maranda isn’t quite sure how much longer he plans on doing this, but he was just informed that he would be back next season running the concession stand.

Maranda said the best part about volunteering is being able to meet all the players and parents who come in.

“There are kids coming in to play, and I was able to give their parents their uniforms when they played here,” he said.

Maranda said that he’s had many great memories working the concession stand and that he looks forward to continue volunteering.