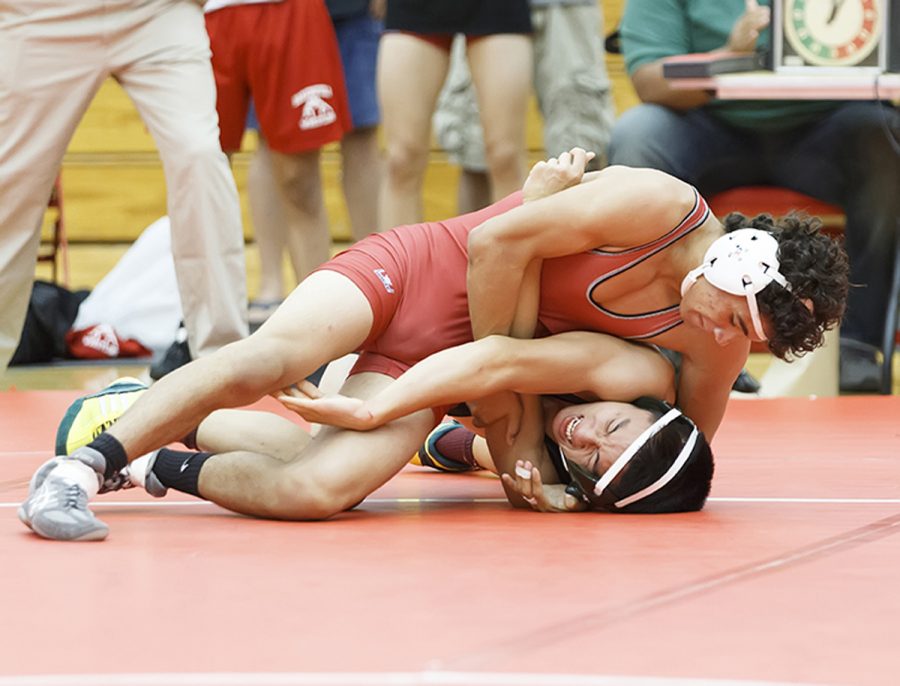 Bakersfield College’s wrestling team has gotten off to a strong start, opening the 2016 season with five impressive dual victories, and two, somewhat lopsided loses, coming at the hands of Cerritos and Palomar Colleges, both of whom are ranked in the top five in the state.

Looking at his team’s performance thus far, co-head coach Brett Clark said, “They are all doing well, they are so young and raw, so it’s what we expected going in. It’s a learning curve for a lot of these kids.”

Although the Renegades got shut out in their duals against Cerritos and Palomar, it gave the younger wrestlers a glimpse of what to expect as the season progresses.

One of the few returners from last year’s team is Pedro Sarabia, who stated, “It’s tough, I’m in a bigger weight class than I’m supposed to be in, but so far it looks like we have great competition and with great competitors.

“Although it’s the beginning of the season, I’m not where I want to be at this point. I have a lot of things to work but I plan on fixing these small things and make these little adjustments for success at the end of the season,” said Sarabia.

Freshman Victor Organista, who was on the mat for the first time this season, said, “My first match was tough, it was because I was nervous and my mind went blank, but after that, it was great. I just needed that first match to focus up and it felt great being back, still got to work on some stuff, but overall it was great.”

The Renegades now transition to the individual tournament portion of their schedule, with the first occurring Sept. 24 at West Hills College.

For the individual tournaments, Clark is able to enter multiple wrestlers per weight class, which will give his younger guys some much needed experience before the push to state.