Losing streak for Renegades is over 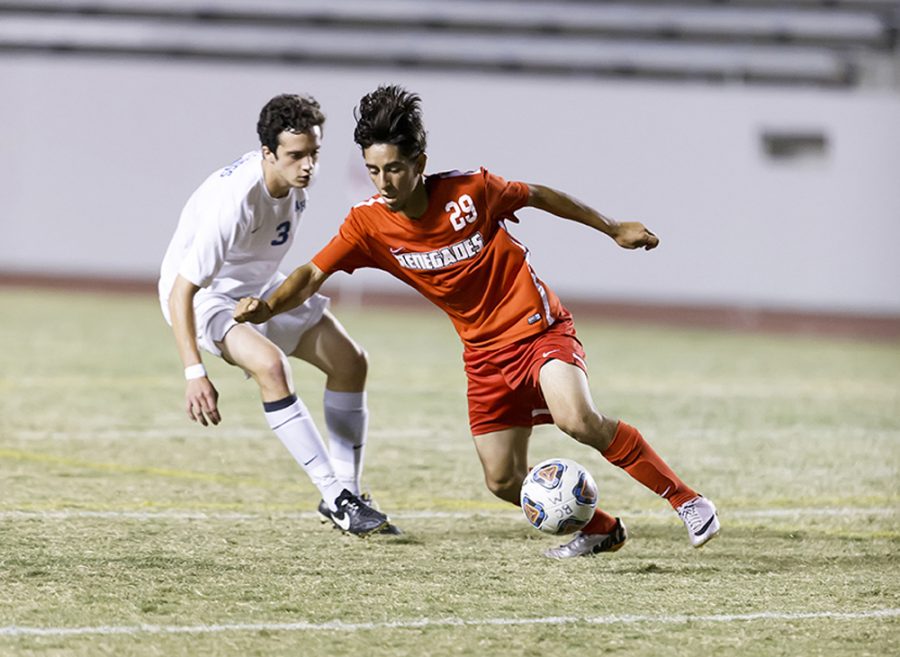 The BC men’s soccer team broke a three-game losing streak on Sept. 16 with a 4-1 home victory over Allan Hancock.

BC was on the road for all three games it lost. Maynor Alcaraz and Edwin Bernal both scored goals against Cosumnes River on Sept. 9. Bernal scored the only goal on a penalty kick against Santa Barbara on Sept. 13.

Coach Vayron Martinez thought they could have won two of the games they lost if they did not commit as many mistakes as they did, but thought they played much better against Hancock.

Trailing 1-0, BC scored four unanswered goals the rest of the game. Bernal scored in the first half to tie it 1-1, and Bernal, Alberto Munoz and Braulio Gutierrez all scored in the second half.

“We showed a different mentality,” Martinez said. “We never gave up and made some tactical adjustments and worked hard to get every single goal, especially the first one.”

A minute into the second half, Munoz scored a goal that came off a turnover.

Martinez knew that getting a goal before the first half to tie the game would be crucial to stay in it, and Bernal stepped up and got the equalizer before the half.

“We’ve been giving up goals immediately after we score, but this game was different, for different reasons,” said Martinez. He thought his team was a little more committed when facing Allan Hancock with limited mistakes and improvements with the defense.

Martinez also mentioned the positives of the game, saying he was happy that the team scored four goals after conceding one. Goalkeeper Frank Arreola had 11 saves with the 12 shots on goal.