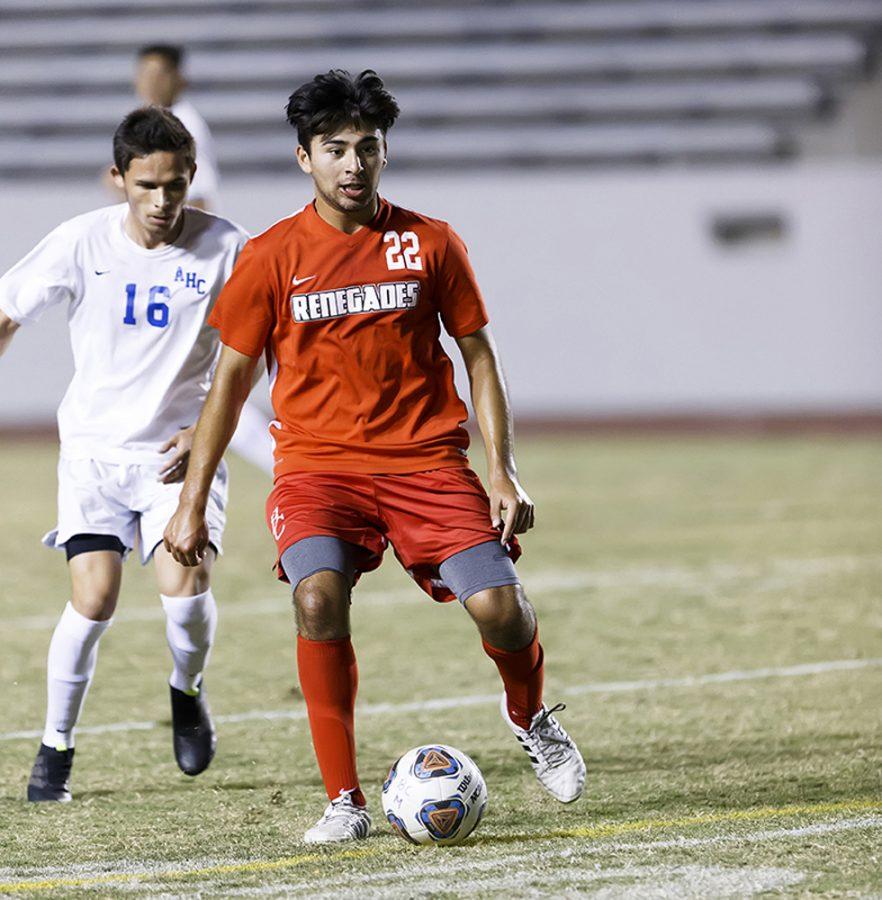 BC played Moorpark at home and ended with a 2-2 draw with goals from Lokai Barthel (1) assisted by Braulio Gutierrez and Juan Hernandez (1) which was assisted by Edwin Bernal and Lokai Barthel.

Fresno City College, which is ranked in the top 10 of the California Community College Athletic Association men’s soccer team in the state, ended up beating BC 6-0.

The first half of the game took a turn for the worst for BC conceding two penalties and an ejection. Marco Calderon, goalkeeper from BC, drew a penalty by taking out a player in the goal box in the first 10 minutes of the game and received a yellow card as well. Calderon ended his busy night with four saves.

Later in the game, BC defender Maynor Acarez got a double yellow card as he drew the first yellow card with a rough tackle and the second by denying a goal scoring opportunity for Fresno, which drew a penalty and got him ejected from the game, leaving BC with a player short for the rest of the night. Coach Vayron Martinez knew that aside from the two penalties they conceded, the red card was the most troubling thing for him when facing a team like Fresno because being a man down would end up with poor results.

After the first half, two penalties and a goal had BC down by 3, but with a player short there was no way BC would be able to keep the game close. Fresno went on to score three more goals to end the game 6-0 with 6 different players scoring against BC.