BC left out of playoffs 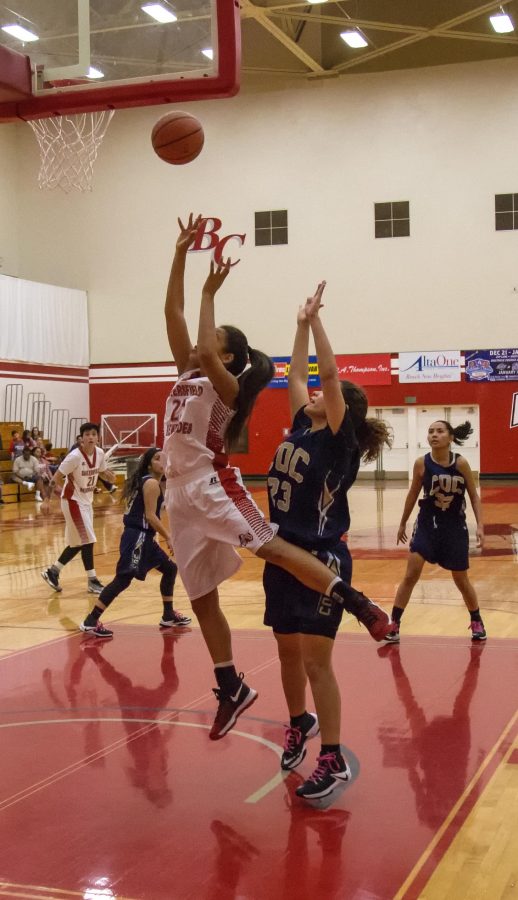 BC’s Octavia Croney goes up for a shot vs. Canyons on Feb. 15.

The Bakersfield College women’s basketball team closed the season with a close win, 75-72, against College of the Canyons on Feb. 15 at the Gil Bishop Sports Center.

The game was the last regular season game for the Renegades, who shared the Western State Conference title but didn’t make the playoffs.

“Just as I figured we’d probably have to win all our league games to make it to play-off, and I was right. Thankfully, all of our four sophomores have made it into the Sophomore Showcase,” Dahl said.

Against Canyons, the teams were tied 13 times and the score was close throughout.

In the first half, many of the key BC players sat because they had two fouls, so it was hard for the Renegades to gain the lead they aspired.

Earlier in the season, the Renegades lost a 12-point lead against Canyons which Dahl stated, “That stung, but the team didn’t give up. They are ready to beat Canyons this time.”

“In the first half we really couldn’t get the momentum we wanted,” said Dahl. “It was a very close called game, and we just battled after that. We made some key free throws throughout the night, and just thank heavens we made it out with a ‘W.’”