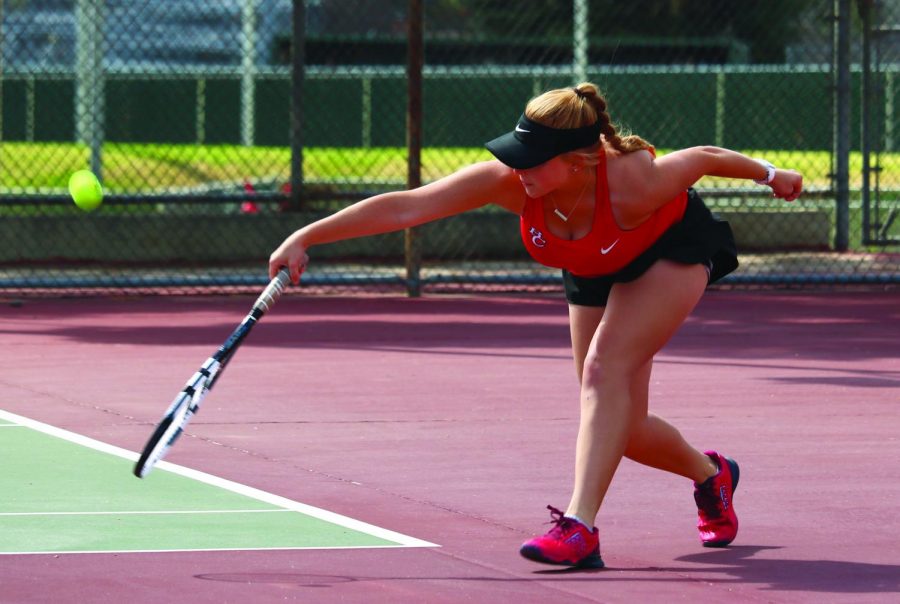 During one of the single matches at the women’s BC home tennis game against Santa Monica College, Kenzi Williamson just barely manages to hit the tennis ball across the court to her opponent.

With their season now at an overall score of 9-8, 7-4 for the conference, the women’s tennis team will be soon be participating in the Western State Conference with their first game scheduled for Friday, April 6.

As for both Bakersfield College home games, the victory over Santa Monica on March 15 saw the BC players win 4 of the 6 single matches. For their doubles, the women’s tennis team swept through the double matches.

BC’s game against the College of the Canyons on March 20 also ended in victory. The Bakersfield tennis team won all 6 singles in a clean sweep and 2 of the 3 double matches.

The Bakersfield College women’s tennis team will play at home again on March 27 on Tuesday at 2 p.m.