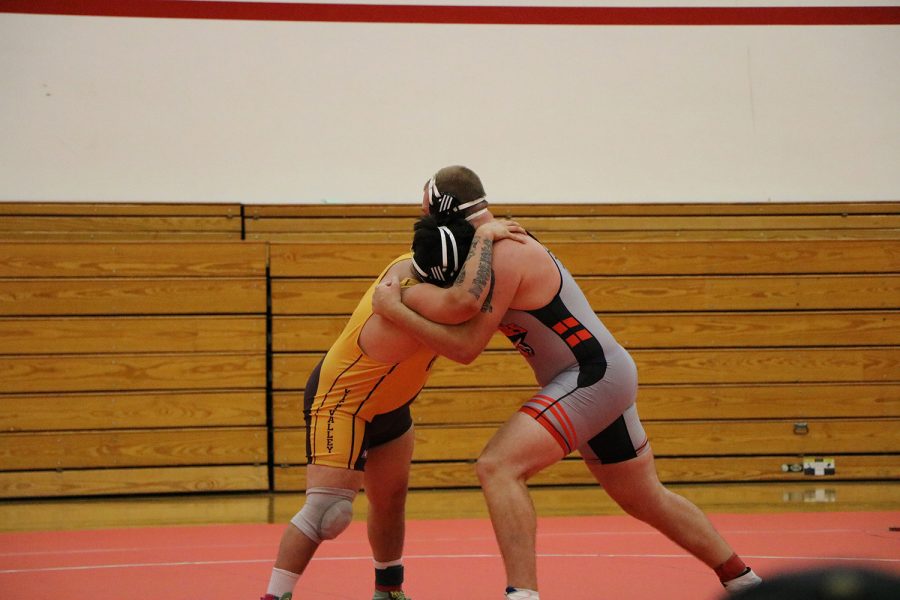 BC wrestler and Victor Valley wrestler grasp each other during a long duel.

The Bakersfield College Wrestling team took on the Victor Valley Rams in the first duel of the season and defeated them with a final score of 42-3, on Sept. 13.

During this duel, the Renegades wrestled in weight classes from 125-285 pounds.

The wrestling duel consisted of ten matches, one of which was forfeited in BC’s Andrew Gomez’s favor and one other was a double forfeit with no wrestlers for the 125 weight class.

Leo Molina, a wrestler from Victor Valley, put up a fight against BC’s Daniel Schoene in the 285-pound weight class but the match reluctantly ended with points gained for BC with a pin from Schoene.

The Renegades finished the tournament with only one loss, in the 149-pound weight class, with a score of 6-3.

The highest-scoring match of the night was in the 165-pound weight class between BC’s Adrian Gonzalez and Victor Valley’s Tony Cortez with a score of 22-5.