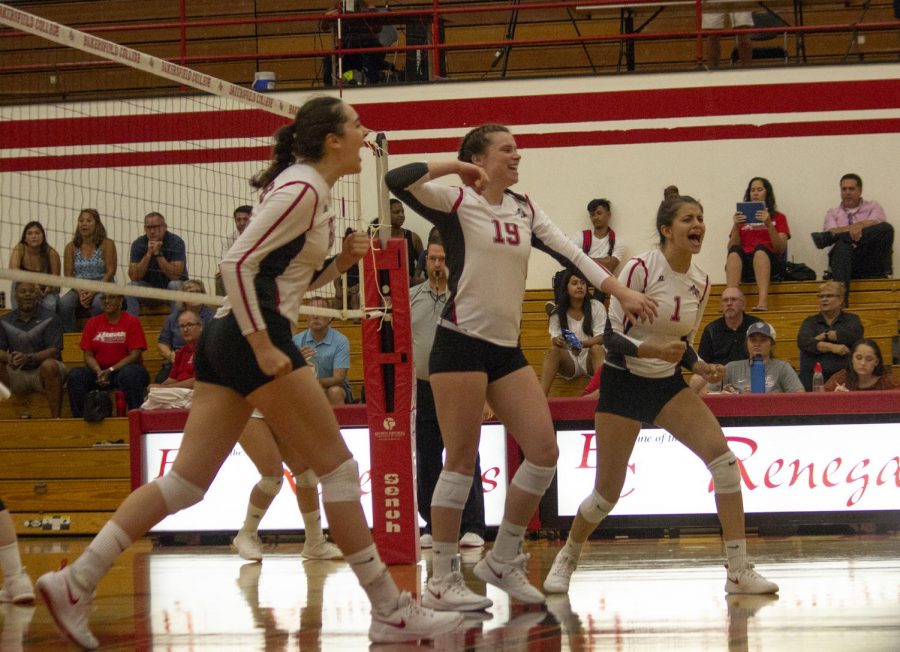 Alison Dees celebrates after scoring a kill against College of the Canyons, on Wednesday.

The Renegades women’s volleyball team grabbed another victory, as they led 3-1 against the College of the Canyons Cougars on Sept. 25. Penelope Zepeda and Alyson Dees dominated the match, helping to secure the win with a combined 33 kills. Jessica Merante was also on her game, keeping the Cougars at bay with 22 digs.

Both teams were evenly matched throughout the first half, with set 1 going to BC at 25-20, and a score of 25-22 to the Cougars in set 2. The College of the Canyons held their own against the Renegades during the second half, but in the end, BC would reign supreme.

Sets 3 and 4 went to the Renegades with scores of 25-17 and 25-20. Wednesday’s match was the 9th win for the Renegades this year, and with only 2 losses, the outlook on the rest of the season looks promising.