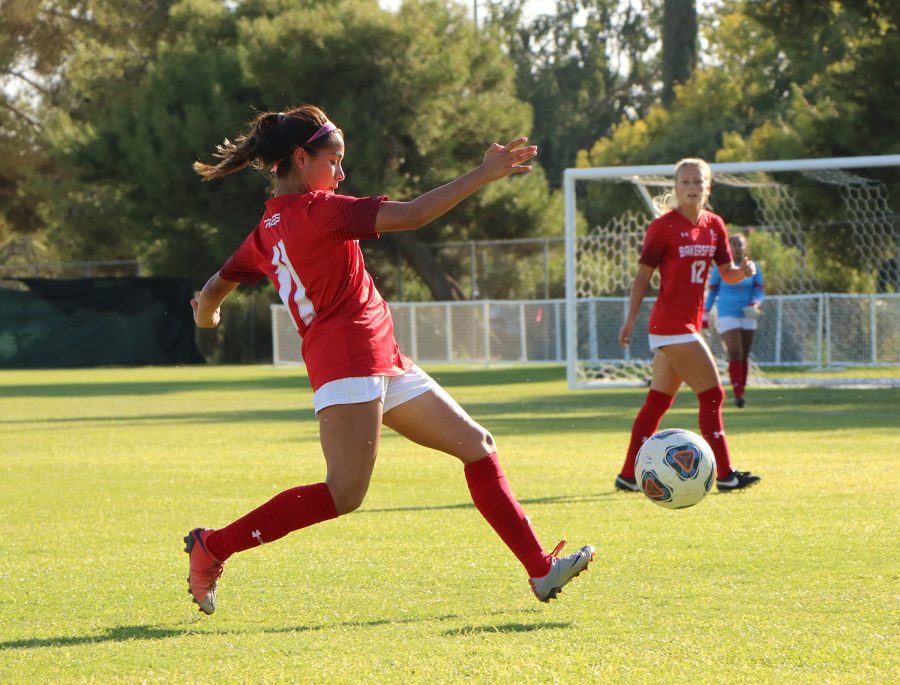 The Renegade’s Alondra Tornero (11) about to passes the ball to teammate Nikolle Prather (12) during the first half of the Women’s Soccer game against the Citrus College Owls at BC Soccer Field, on Oct. 8.

Renegade’s Makenna Ramirez (3) scored the first goal for BC in the first half, before the Owls tied the game 1-1.

The Owls took the lead right before the first half ended, 2-1.

In the middle of the second half, the Owls scored once more before BC made one goal of their own, 3-2.

The Renegades failed to make a comeback from the Owls.

After this loss, the women’s soccer team are 1-6-2 into the season.