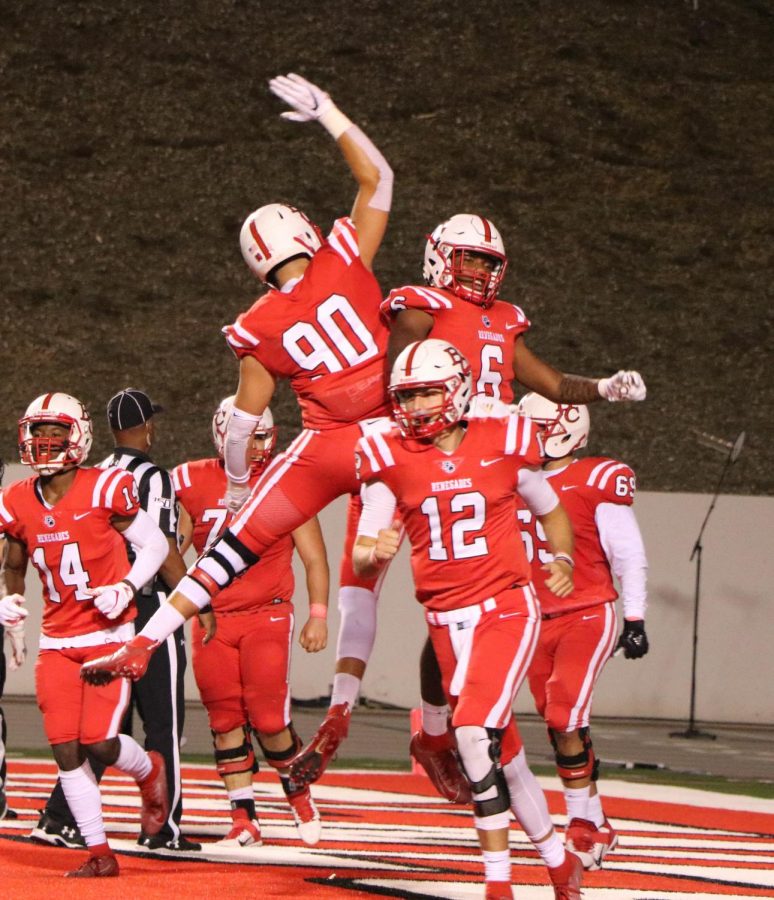 The Bakersfield College football team dropped their conference opener to the Ventura College Pirates, 29-21, on homecoming night at Memorial Stadium, on Oct. 19.

BC’s running back Isaiah Martin was the first to put the Renegades on board with BC’s first touchdown of the game in the second quarter, cutting the Pirates’ lead to 16-7.

BC added another seven points during the second by running back Shane Jones’s 33-yard touchdown.

In the third quarter, the Pirates made a touchdown to add their lead to 26-14.

Although the Renegade’s made a touchdown passed by Jones from 26 yards to wide receiver Cole Beaty in the fourth quarter, BC failed for a comeback win.

In the half time show, BC crowed BC student Sharon Gilbert, 44, as homecoming queen.

“I wanted to teach my kids that it doesn’t matter how old you are, continue to do things you want to do. So, I wanted to be that inspiration. It’s never too late,” Gilbert said.

After the homecoming game audience, staff, and both football teams stayed in the stadium to watch the fireworks BC presented.