Renegades come out on top vs El Camino 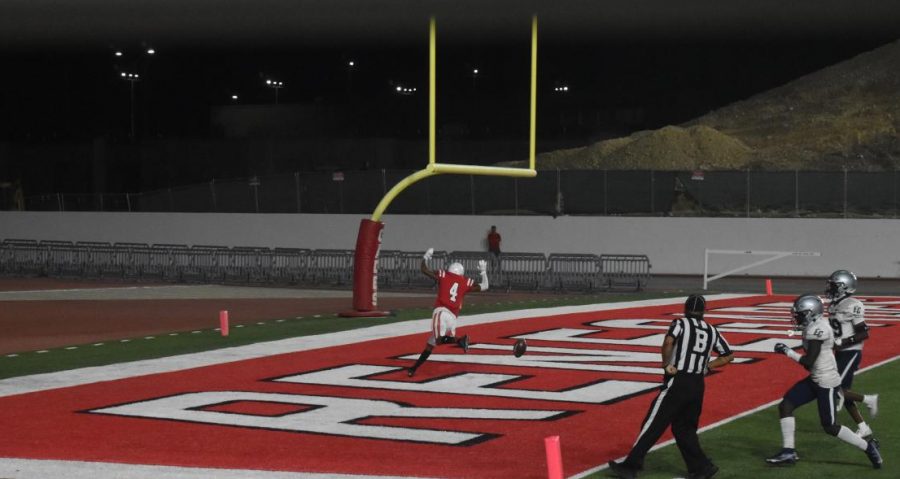 BC Wide Reciever Jalen Blizzard (4) celebrates after a 90-yard kick return during the now-forfeited home opener against El Camino on Sept. 11.

The Renegade football team capped off their home opener with a 24-13 win over the El Camino Warriors on Sept. 11.

New head coach R. Todd Littlejohn starts his tenure with a crucial win at home after the cancellation of last season due to Covid-19 built up suspense on how the Renegades would look under his guidance. Littlejohn, a former Renegade football player himself, had enormous shoes to fill after long-time head coach Jeff Chudy stepped down after 16 seasons and definitely has taken his first step to do so with that win.

The Renegades looked explosive and physical on special teams with two different 90–plus yard returns although one was called back due to a penalty. The player responsible for the negated return running back Zachariah-Au Hawkins was just as explosive on the ground with 75 yards on the day with a long of 55 and a touchdown.

While at points the team did look shaky and had problems with penalties, that is to be suspected when their last game was almost two years ago. Altogether, the Renegades showed quite a bit of promise in their first outing and showed they could really make some noise this season in the Western State Conference.