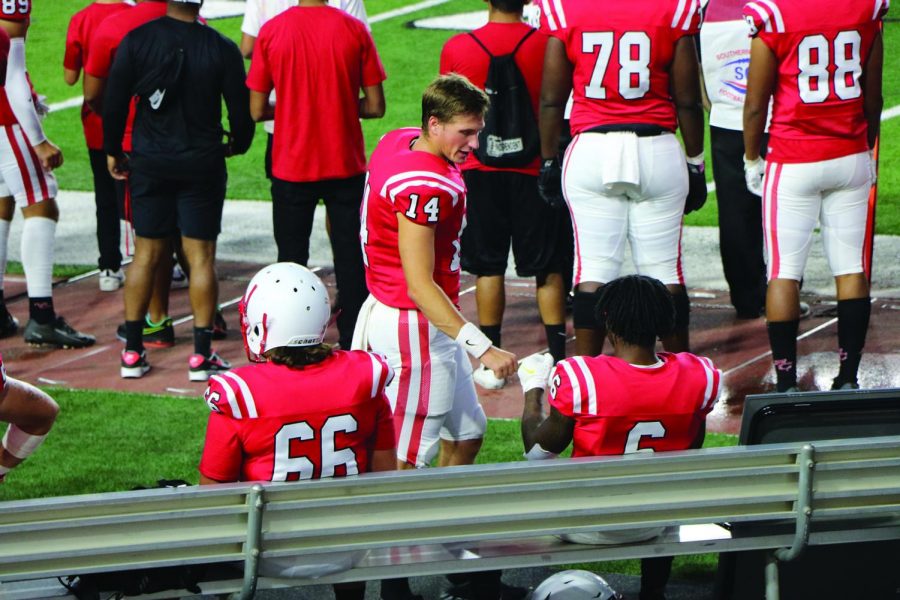 Renegade football has avenged their loss to Mt. San Antonio College last week by beating San Bernardino Valley 52-8. Bakersfield College played a complete game, dominating in all three phases to put this one away long before the clock read triple zeroes.

The dismantling saw quarterback Dexter Frampton throw for 270 yards and 3 touchdowns with no interceptions. Wide receivers Jayden Smith and Isaac Jernagin both eclipsed 100 yards and scored a touchdown, while running back Antonio Robinson rushed for 66 yards and 2 touchdowns on 24 carries. On the defensive side of the ball, the Renegades accumulated 3 interceptions, one each from cornerbacks Morgan Dutton and Ashton Thomas and linebacker Brock Mather. The special teams also left their mark on the game when they blocked a punt in the first quarter.

Gades football has a bye week next week, giving them extra time to celebrate their victory before the homecoming game against College of the Canyons on Oct. 16.