Renegade volleyball has their most dominant performance of the season vs. Antelope Valley 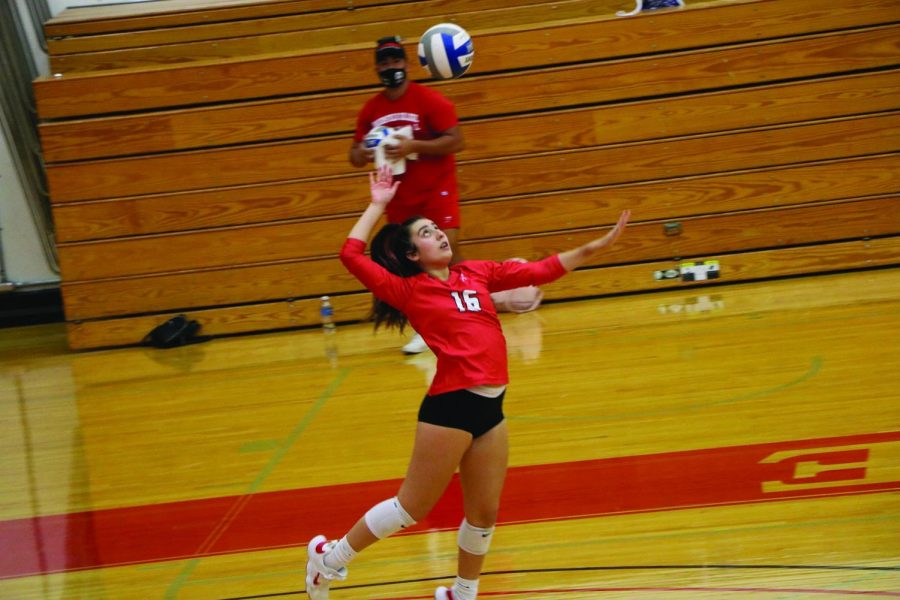 Bakersfield College volleyball swept Antelope Valley College on Friday, Oct. 8 in what was easily their most dominant win of the season so far. The Renegades won every set by 10+ points, as both the offense and defense dominated in the win. The whole game was never in question, as the Gades never trailed until the third set, a deficit they quickly erased before getting out ahead. Outside hitter Kami Marion led her squad in kills with 11, while teammate setter Francesca Hernandez was the lead distributor for BC with 13 assists. Middle blocker Aly Dees was also a contributor in the victory with 8 kills, and setter Samantha Smith also showed her distribution skills with 12 assists.

Coach Carl Ferreira said the dominant victory felt “awesome”. He noted it felt especially good considering the team had just had a tough fought victory on Wednesday after their longest road trip of the season. “That Thursday [is a] really interesting day because you’re recovering from the previous day… then you actually have to prepare for today. So, it’s challenging but I thought our execution was truly outstanding”. Francesca Hernandez said that the win “feels amazing. I have some of the best teammates ever, their character and their skill is amazing… it just makes everything so much better and easier”. On the sisterhood mentality of the team, Hernandez stated that “the way that we work on connecting with each other and having synergy on and off the court is amazing. I think this is probably the closest I’ve ever been with the girls on my team,  and that definitely transfers onto the court and it makes it so much easier to play together when you know each other and have that connection… I wouldn’t wanna play with anybody else”.

Next Friday the Renegades volleyball team will face Santa Monica College in Bakersfield, hoping to use the momentum from the dominant victory to keep their six game winning streak going.