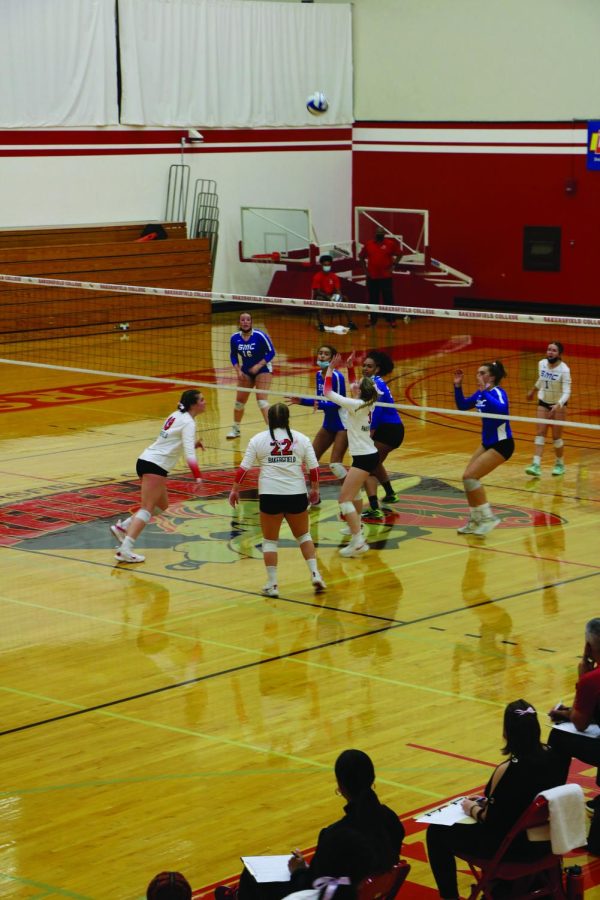 Renegade volleyball is currently on a seven game winning streak after beating Santa Monica College last Friday, with five of those seven victories being sweeps. Friday night against Santa Monica College was one of those five sweeps, as BC improved to 10-1 on the season. Setter Francesca Hernandez once again led the team in assists with 18, while outside hitter Kami Marion led the team in kills with 15.

When asked about the winning streak, coach Carl Ferreira said that he and his team haven’t been worried about the streak, saying “what we try to do is we just play point to point… we play about 120 to 150 possessions in a match, so you don’t wanna be on the 81st possession worrying about what happened in 42, so all you can do is control the present moment…[I] honestly didn’t know we won seven in a row or anything like that”. Libero Yuliana Rivera said that “we really just focus on our synergy” when asked if there’s any secret to their continued dominance. “We just play from that. So we really focus on synergy and just let [our] synergy take it all away”.

Next week will be action packed for Renegade volleyball, as they’ll face Ventura College at home on Tuesday, Oct. 19, head to Glendale on Wednesday, Oct. 20, before ending the week by taking a trip to College of the Canyons on Friday, Oct. 22. All those games will start at 6 PM.