Review: BC Theater shows “The Pillowman” 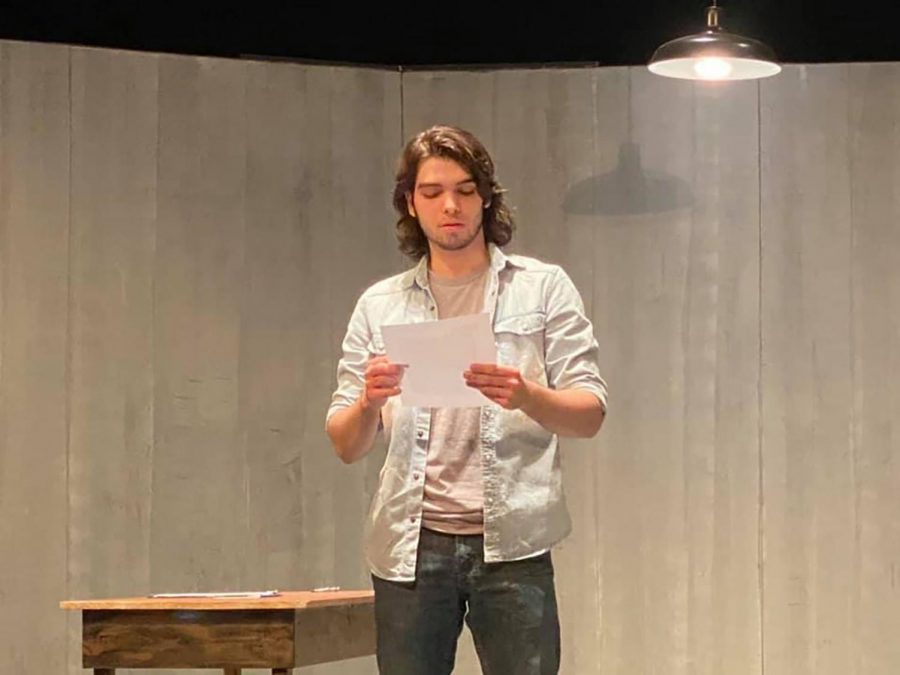 The Bakersfield College Theater Arts Department produced “The Pillowman,” at the Edward Simonsen Performing Arts Center at BC. The show was presented starting March 4 through the 8.

The ambience of the auditorium was set prior to the play with ominous and eerie music. The audience was full of primarily BC students and some community members. The show was a three act play with an intermission between each act.

Everyone from the actors to tech played their part to run the show as smoothly as possible. One thing that was very subtle was the lighting. Throughout the scenes, the lights would get brighter and darker.

“We did that to center the focus of the audience,” said professor Brian Sivesind, director of the play.

The production was a two-cast play which consisted of cast A and cast B. On opening night, cast A, which was an all-male lead cast, did the play justice. Most everything came out naturally and each actor was able to play his role to create an ensemble that worked successfully.

In the introductory act, Beck Elliott (Katurian) had a great nervousness to him, as he should have had, but as the act continued, he became more relaxed and laid back. Even when he was distraught and provoked, he had a mellow demeanor to him, which took away from the nervousness of his character in the scene.

When Elliott teamed up with Nolan Blake Long (Michal) in the second act, he really stepped it up and his best performance came out. They fed off of each other very well, creating a dynamic duo.

The teamwork of the two characters was very “Of Mice and Men,”-ish. Katurian is similar to George; they are intelligent leaders who stand up for their own. Yet they end up doing the right thing, even if it is a tough decision.

Michal is parallel to Lenny; they are child-like, but are dangerous to society, yet they are the characters that are loved the most.

Long’s articulation of embodying a child in a man’s body was idealized. His characterization of Michal was impeccable. He was a definite favorite of the play.

TJ Sandoval (Tupolski) was the comical relief in the play. His sarcasm was hit and miss at times. There were some parts where he was able to excecute the sarcasm, causing the audience to erupt with laughter, but other times, the sarcasm was forceful causing it to be bland and untimely. That does not negate the talent that Sandoval displayed throughout the play.

Cameron-Jared Patterson (Ariel) assumed the authoritative and dominant role which was portrayed successfully. Despite some uneasy and awkward movements, he still had that controlled boisterousness to his voice. When Patterson met the actions that were portrayed in his voice, he irrefutably dominated the character.

The cast’s performance was nothing short of excellence. At the end of the play the cast was met with the applause, cheering, and whistling of the crowd. The audience was on their feet, some with tears running down their face.