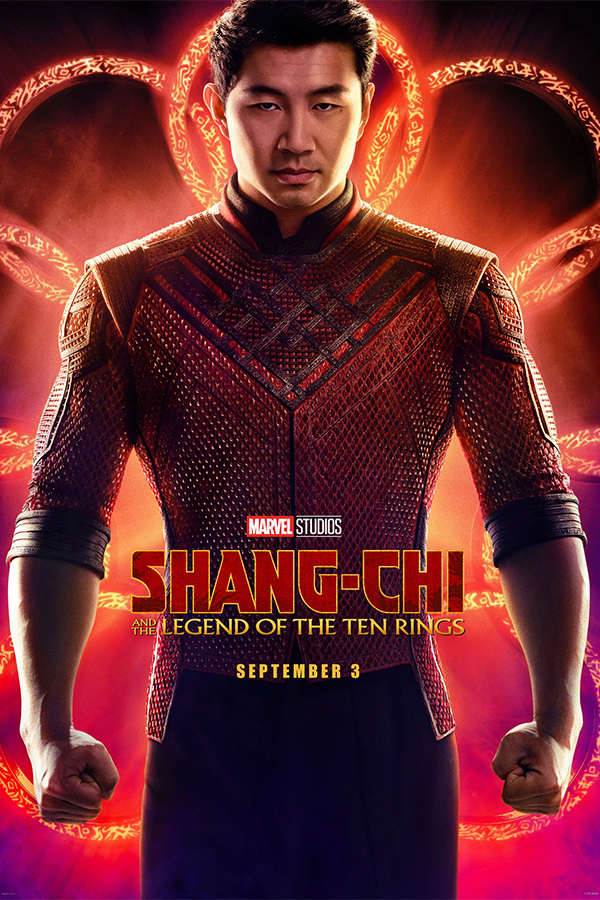 “Shang-Chi and the Legend of the Ten Rings” was released in theaters on Sept. 3 making it the latest– and one of the best– film installments in the Marvel Cinematic Universe (MCU).

The film is one of the first Marvel movies since COVID-19 that premiered solely in theaters instead of a theatrical release accompanied with a Disney+ streaming option. “Shang-Chi” was given a 45-day window of playing time at movie theaters. Local showtimes are available online.

The MCU is coming back in full swing with their movies after only releasing TV shows on Disney+ during the height of the pandemic. “Shang-Chi and the Legend of the Ten Rings” has been the second MCU movie released in 2021 after “Black Widow.”

The film follows Shang-Chi, played by Simu Liu, a seemingly average adult working a valet parking job with his friend Katy, played by Awkwafina. However, Shang-Chi’s story turns out to be far from average. The antagonist is Shang-Chi’s father (Tony Leung Chiu-wai), the current holder of the ten rings. It falls upon Shang-Chi to face his past in order to stop his father and the ten rings before he tries to destroy the world.

Shang-Chi is one of the new leaders of the current phase the MCU is in and is a lesser-known hero to most. This movie and actor Simu Liu couldn’t have been more perfect for this hero’s live-action debut. Director Destin Daniel Cretton pulled out all the stops for the film. Everything about the movie was stellar.

Each cast member gave amazing performances for the movie. Especially Liu, the lead. Of course, it is expected for the lead actor to be the best, but he was the best and so much more. Liu embodied Shang-Chi perfectly from the beginning till the end of the film.

The film was also visually stunning to look at. The scenery was beautiful and each color worked well on each scene. From each costume to each set piece, it was prevalent that a lot of care went into crafting each shot.

However, the fights are what stood out the most. The fighting choreography was insanely good. Each fighting scene had my full attention from the start all the way to the end. “Shang-Chi’s” fight scenes can honestly put all other superhero actions scenes to shame.

“Shang-Chi” blows most other superhero movies out of the water. Even if you haven’t kept up with the MCU or aren’t the biggest fan of Marvel, you should see the film.